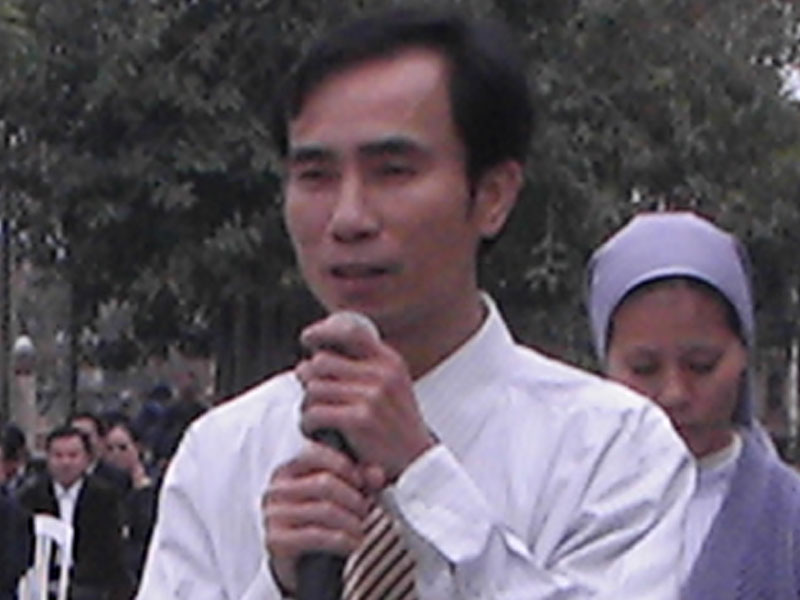 Ho Duc Hoa is a community organizer who wrote for the Vietnam Redemptorist News. As a member of the Vinh Diocese and John Paul II Group to Protect Life, he organized programs to aid the disabled, mobilize access to education for poor students, and assist typhoon victims. Hoa’s health has reportedly worsened due to poor prison conditions. Family reports indicate that his situation is dire. Though the prison is aware of his ailing health, he has not been allowed to receive treatment.